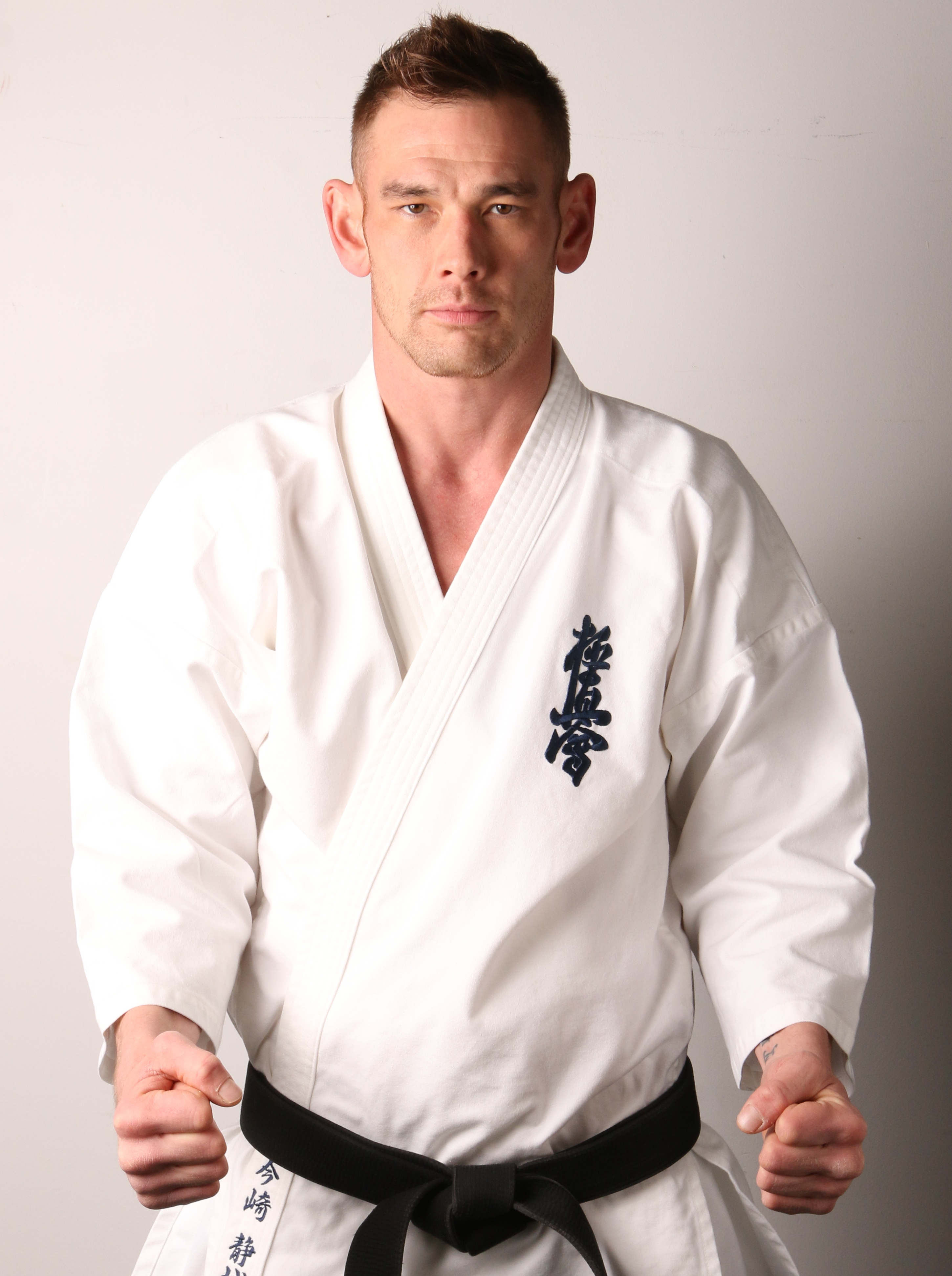 Sensei Seijo Imazaki started training in Folk style wrestling when he was 10 years old. He wrestled for 7 years in high school and also wrestled Freestyle and Greco Roman in tournaments during the off season. He finished his high school wrestling career with a 124W-14L varsity record. During which he won numerous tournaments all over New York state.

In 2001 he started studying Tae Kwon Do. He received his yellow belt and competed in 2 tournaments, one of which was the regionals and he took 1st in his division. Realizing Tae Kwon Do wasn’t for him, Seijo stumbled upon the World Oyama Karate Head Quarters on West 4th st, NYC in 2003. Training there for one month Soshu Shigeru Oyama invited Seijo to be an Uchi Deshi. Although, at that time, Seijo was not ready to take that step, he did in fact fall in love with karate and began his journey. Unfortunately, the Dojo closed down. A few of the Oyama Sensei’s started teaching private classes and over the next three years he took classes, sporadically.

Seijo never lost his passion for Karate but hadn’t found the right home yet. Then in 2006, he found World Oyama Karate Dojo in NYC run by Sensei Matsumoto. Soon after joining, he was invited to be an Uchi Deshi. He moved into the Dojo and became a full time student of karate, which means he did Karate at least 6 hours a day and then also cared for the Dojo, with the hopes of opening his own dojo one day. He was an Uchi Deshi for 6 months and received his orange belt within that time.

After his time as Uchi Deshi, Seijo was ready for a change. He began training with Sensei Iwata, a former World Oyama teacher. With Sensei Iwata, Seijo trained in the Dojo intensely, rarely missing a class. As a green belt, Seijo would enter full knockdown tournaments and fight his heart out.

In June of 2010, Seijo earned his 1st Dan rank from Sensei Iwata. Seijo fought very hard for his black belt, enduring 15, 2 minute rounds consecutively. The test caught on tape has become an inspiration to many.

In 2011 Seijo and Sensei Iwata parted ways. Later that year, Seijo went on to win the North American Kyokushin-kai Championship at middle weight.

Then Sensei Seijo joined an organization called Kenwakan Karate founded by Shihan Michelle Gay formerly of World Oyama Karate and Kanreikai. At Kenwakan, Seijo was constantly working on everything from technique and kata to fighting strategies and combinations. He trained the fight team and still competes in Full Knockdown Karate. Seijo was given the title of Sensei.He also received his 2nd Dan.

Kenwakan gave Sensei Seijo the opportunity to work with children, which is something he always wanted to do. He saw the value in teaching children the art of karate and all it had to offer, physically and mentally. Sensei Seijo helped run the kids and adult programs at Kenwakan.

In 2015, Sensei Seijo and Imazaki Dojo were asked to join a world renowned organization called So-Kyokushin. They accepted and consider it an honor to be part of such an extraordinary group of Karata-ka led by Shihan Kazuyuki Hasegawa and Saiko Shihan Diago Ohishi.

He had his first fight on December 6th 2014. Winner By Knockout Ushiro Mawashi Geri “Back Spin kick” 2nd Round.

He will defend his title this march 18th at the Hammond civic center in Indiana.